Molasses – It tastes so good, but is it?

The use of molasses in livestock feeds dates back to the 19th Century and sugarcane molasses has been a popular ingredient in equine feeds since then.

Essentially, molasses is syrup produced by “boiling down” juices from the processing of various products. There are different types of molasses which are produced from sugar beets, sugarcane, citrus, sorghum and grains such as corn. Sugarcane, which is a grass, is grown primarily to produce sugar for human consumption and it is this type of molasses which is used predominantly in equine feed products.

What are the advantages of using molasses?

Molasses is very effective in reducing the inherent dustiness of grain-based feeds, which in turn can reduce respiratory disorders. Molasses helps to prevent separation of feed ingredients, acts as an effective carrier for medications and supplements, is very effective in pelleted feeds as a natural “binding agent”, adds a pleasant aroma and generally increases palatability in equine diets.

It contains about 50% sugars (glucose, fructose and sucrose) which are the major contributors towards the digestible energy of molasses. The sugar in molasses is a direct source of so-called ‘fast energy’ for horses, and when formulating rations for horses in work, it is convenient to include sugar in the hard feed as a source of readily available energy.

What is the down side?

Molasses has become a standard inclusion in most feeds and these “sweet feeds” have become a very popular choice of both horse owners and horses, but they can be detrimental in several ways.

In terms of physical properties, sweet feeds have a shorter shelf life, often cake badly in the bag and attract flies in the summer. Feeds containing molasses are generally eaten more quickly by horses, resulting in lower digestibility of the feed and they are generally expensive for the amount of nutrients they provide.

Molasses is rapidly turned to sugar in the foregut, contributing to an increase in blood sugar, creating a “sugar high” that can interfere with performance ability. Including molasses in a horse’s diet is somewhat like feeding candy to a child. The horses do love it, but as a sugar, it often causes an insulin spike. The sudden slug of sugars floods the bloodstream and triggers the fast release of insulin in an attempt to moderate the sugar level to a reasonable level, causing this “insulin spike”.

This high sugar level affects concentration and can cause fizziness which is not conducive to peak performance during showing, racing, jumping or any skill-events.

It must be noted that if blood glucose and insulin are elevated at the start of exercise, there can be a rapid drop in blood glucose shortly after commencing with hard work, reflecting a marked increase in the rate of glucose uptake by muscle. This decrease in blood glucose can be detrimental to performance and therefore it is very important to use feeds which do not rely solely on the energy from sugars alone, but rather from raw materials with a combination of fast, medium and slow releasing energy.

Spiking insulin levels not only affect immediate performance but may have an adverse longer term effect on other body processes, notably cartilage, bone development and body maintenance functions.

Effect of Molasses on Laminitis and related conditions.
Diets with high levels of molasses are also not suitable as a source of energy for horses susceptible to Laminitis. To the horse’s palate, the sweetness is quite tasty, and they will prefer a sweeter food over other diets containing less molasses. However, horses suffering from conditions such as Laminitis, Tying Up, Insulin resistance, Cushing’s disease, hyperactivity and even those susceptible to colic require a restriction of sugar, starch and/or fructans, collectively called Non Structural Carbohydrates (NSC).

How should I approach this?

Molasses is certainly not all bad, but it should be used in moderation!

Horses prone to Laminitis and related conditions should not be fed anything other than a feed guaranteed to be very low in NSC. There are a number of contributors which cause an unwanted high NSC and molasses is a major role player amongst them and should best be avoided.

Molasses has about the same amount of NSC as some cereal grains (barley and maize) and so should your horse been prone to “fizzy” behaviour  or susceptible to the conditions mentioned above, reducing the use of cereal grains alone may not be enough. More often than not owners of hot horses reduce their horses feed intake or look for a low energy feed, however feeding a low energy feed that provides most of that ‘low energy’ from molasses will still have a heating effect on your horse and subsequently you could find your horse drops weight due to not receiving enough energy for the workload it is doing. Therefore in order to ensure your horse maintains condition without the fiz you need to look towards brands that utilize fats and fibres for energy instead.

Using a feed which guarantees a gradual release of energy from a variety of sources namely: healthy fibres including some super fibres, a good oil component, low levels of sugars, and low levels of various starches, will provide the average horse with a balanced diet whilst keeping sugar related issues at bay.

Can I see the difference in feeds visually?

It is difficult for the untrained eye to evaluate products visually, but molasses will create stickiness on the hand and has quite a distinguishable smell. Also in products where a high level of molasses is used you will be able to see it as a brown film coating the ingredients in the mix. 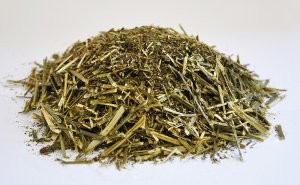 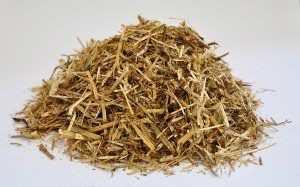 Feeds containing a substantial amount of oils, rather than sugars, will leave a thin film of oiliness on the palm after handling the feed which is very different and clearly noticeable

None of the above will be noticeable in pelleted feeds, however, which is one of the disadvantages of using them. With pelleted products, the quality of the product will only be discernible in the general condition, behaviour and digestive health of the horse after about 4-6 weeks of using the feed. Generally pelleted feeds do contain a higher level of molasses than meals, which may be a consideration when choosing a product.

Also be careful when choosing treats and additional extras (such as chaffs, balancers, and some supplements) as these can also contain molasses.

As with everything in life moderation is the key. For the average horse molasses is not a major issue and it is not necessary to avoid completely. However in horses with sensitivities (may they be behavioural or veterinary) molasses should be avoided.